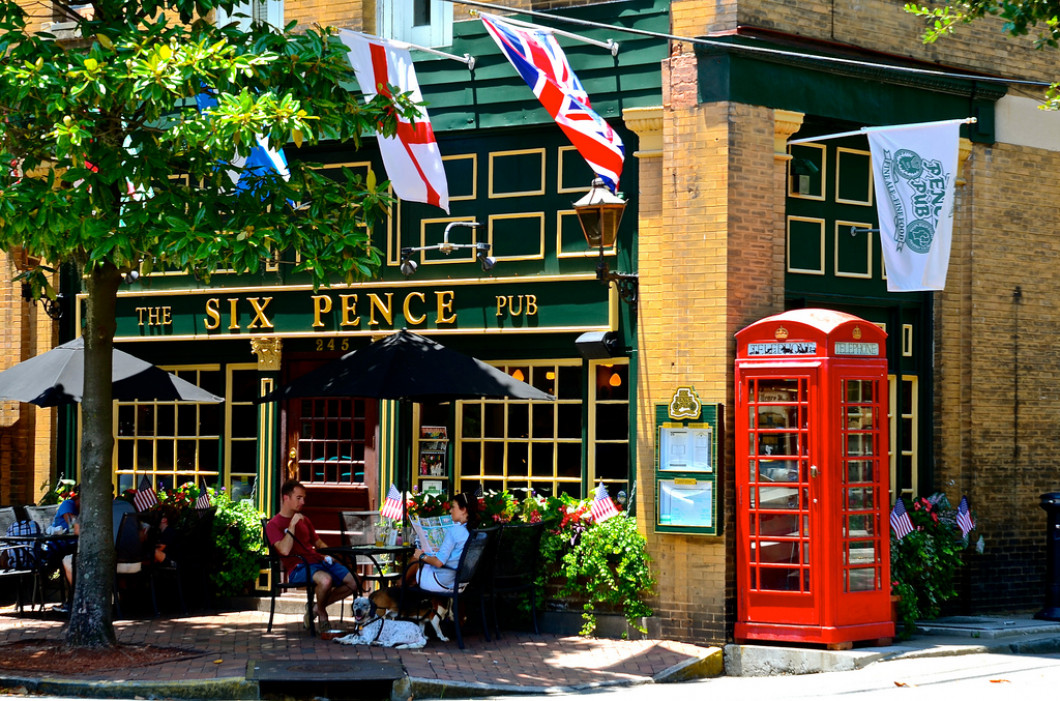 Ready for a Night in Savannah, Fort Mill or Blowing Rock That's Full of Relaxing Fun?

The Six Pence Pub was established in the Historic District of Savannah Georgia at a site that had been a Pub for more than forty years. In Savannah, "Wally's Sixpence" was the place to meet and greet friends new and old, and just keep up with each other's lives. Wally and Doris, being from London knew how to make our British expatriates, and locals feel right at home. Wally was long on conversation, and Doris would prepare lunch for the pub at home (at the time there was no kitchen in the Pub) to serve patrons until either it was gone, or when Wally and Doris just wanted to go home for the day.

Six Pence Pub was established in 1999 when two guys with too much time on their hands purchased their favorite watering hole. They expanded the beer, wine, and liquor, selection and added a full menu of traditional English and American comfort foods. They also changed the interior was to what you see today. As the months, then years passed, the Six Pence Pub became a favorite of locals and tourists alike. We are proud to be called the most authentic English Pub in Georgia.

In 2001 Six Pence opened in Blowing Rock, North Carolina. Being family owned, both retain the warmth and good cheer of the original Pub in Savannah.

Come see us for the best food and hospitality in Georgia, and the Carolinas!